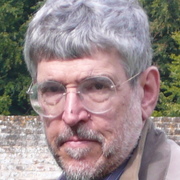 see 'About Me'[Diploma in Art Therapy, followed 14 years after MA (see below)]