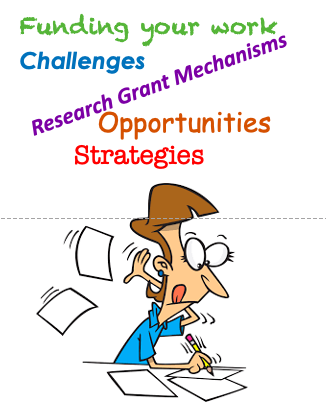 I am thinking of a workshop for zoom members of SfAA Global, about 3 hours - with discussion of different funding mechanisms, putting together a competitive team, compliance, budgeting and so on - working through a few different calls and what might be required of them. This I hope will encourage your friends and colleagues also to join SfAA Global.  Your views are welcome.  I am thinking about January or February 2021, and I would hope to bring in some people who are involved in running grant mechanisms to contribute.

Register now for SfAA meeting 2021. The register is now open until 15 November to allow for the difficulties that Covid-19 has created. First-time international registrants need only pay $60.  We look forward to seeing you on line - very unlikely that we'll see you in the flesh though.

Carlos Velez-Ibáñez is the recipient of the American Anthropological Association’s 2020 Franz Boas Award for Exemplary Service to Anthropology!  The award is presented annually by the AAA to its members whose careers demonstrate extraordinary achievement that have well served the anthropological profession.

Read more…
Global Participation
The Society for Applied Anthropology prides itself on being international, and we want to engage even more with colleagues around the world, including in our annual meeting. Many international scholars and practitioners will be unable to travel to Norfolk, but the significant online component of Norfolk 2021 offers exciting opportunities for increased global participation. Accordingly, the SfAA Board of Directors has approved a reduced registration fee of $80 for new international participants.  Early bird registration continues until 15 October 2020. Go to https://www.appliedanthro.org/annual-meeting/annual-meeting-registration
Read more…

A VIRTUAL SEMINAR SERIES BY THE ROYAL ANTHROPOLOGICAL INSTITUTE

Necro/Narco State Dynamics:
The Transformation and Mirroring of the U.S and Mexican Nations of the Southwest North American Region.

This is an online event and you can register here!

Since the conquest of Mexico by the United States in the 19th century to the present, the Southwest North American Region has been characterized by a complex and often unequal system of integrated transborder economic modalities of labor, agriculture, mining, construction, and trade and migration from Mexico to the United States. This often-tenuous relationship is exacerbated by economic downturns and this unequalness is characteristically expressed especially by authorized and unauthorized migration of Mexican labor to the United States. In response to the latter, periodic expulsions, draconian labor laws, racist rationales and tropes often are visited on Mexican origin communities.

But especially since 9/11, "security" concerns have actualized large scale "low intensity conflict" measures ostensibly focused on "homeland security" and drug trafficking but has created a parallel political and operational structure of a "necrostate" in reality focused on Mexican transborder labor. Mirroring, these developments are the rise of drug cartels especially focused on the U.S. market that have penetrated, given shape to, and strongly influence the quotidian lives of Mexicans from cartel violence, their command and control, and their impunity of action and cartel influence of many parts of the political and security structure of the Mexican state. It is becoming in many ways a resemblance to a "narcostate" in which all branches of government are to different degrees heavily penetrated by drug money and influence creating a parallel and too often indistinguishable operational process. Thus, in the present the region has been turning into mirrors of a necro/narco structure of relations and actions.

Carlos G. Vélez-Ibáñez is a Regents Professor and the Motorola Presidential Professor of Neighborhood Revitalization in the School of Transborder Studies and a Regents Professor in the School of Human Evolution and Social Change at Arizona State University. His numerous honors include the 2004 Robert B. Textor and Family Prize for Excellence in Anticipatory Anthropology, the 2003 Bronislaw Malinowski Medal and most recently, the 2020 Franz Boas Award for Exemplary Service to Anthropology.

Read more…
First Previous of 3 Next